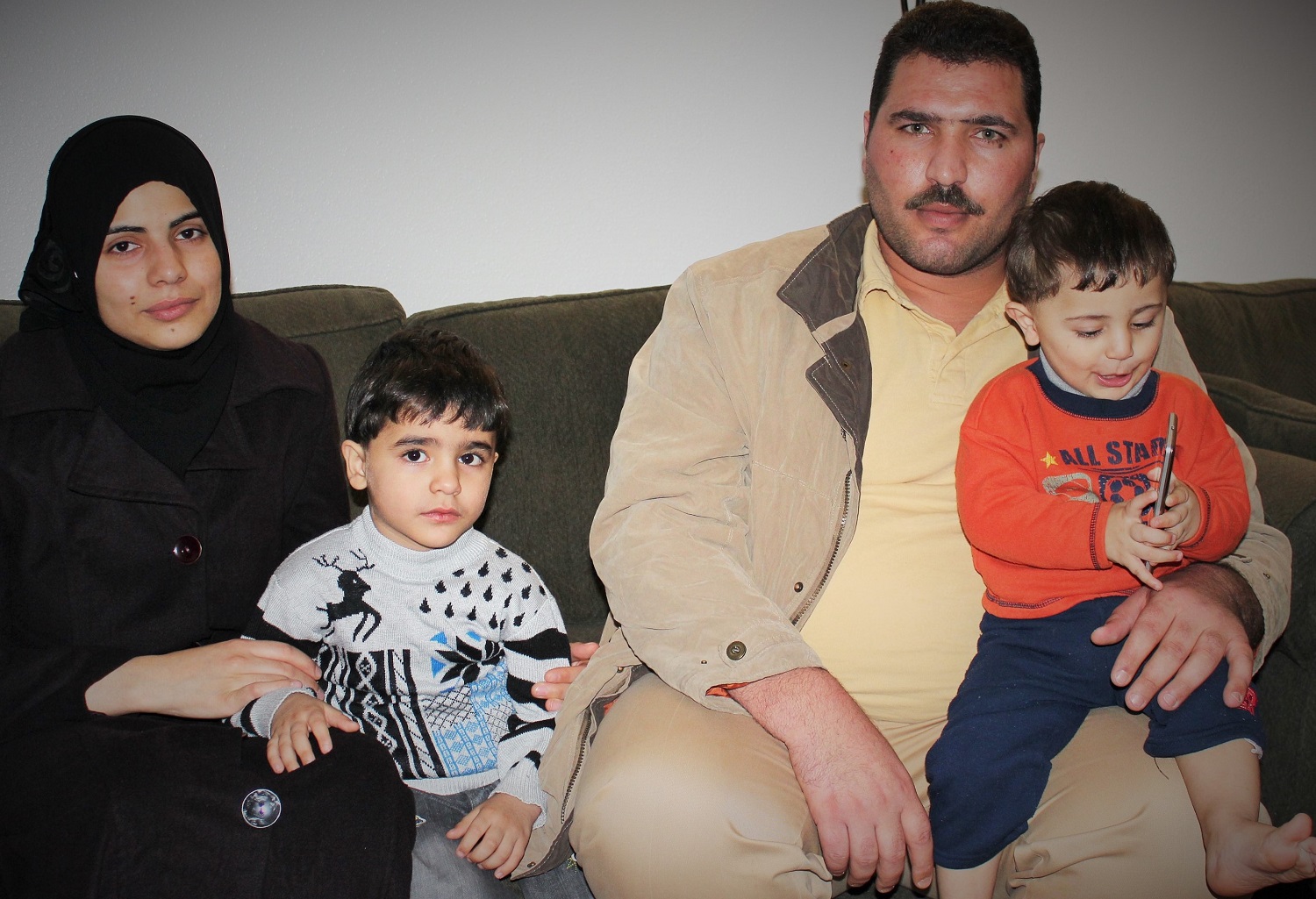 When Abdulaziz Al Khlief learns enough English, he wants to write a book. “My story is five years,” he says. “One horrible year of war in Syria, and then four more terrible years in Jordan.” The Al Khlief family is from Homs, one of Syria’s most war-devastated cities, and now they are some of Portland’s newest residents.

Abdulaziz and his wife Ghufran both attend English class at IRCO every day. She comes in the morning and he comes in the afternoon, one watching their two sons while the other practices English. After his class, Abdulaziz meets with his job coach, who takes him to interviews. He doesn’t care what kind of job he gets. “My dream is to get a job to survive,” Abdulaziz says. “I came to America for my children, so they could have a good life, not like the life I had in Syria. My dream is for them to go to school and grow up to have a good future.”

His two sons, 4-year-old Yousef and 1-½-year-old Mahmoud, were both born in Jordan, where Abdulaziz and Ghufran lived for four years after their home was destroyed and they fled Syria. Many family members and friends still in Jordan are afraid to come to the United States. Some are anxiously waiting out the resettlement process. But they all want to know: What is it like in Portland?

“It is beyond what I imagined,” Abdulaziz tells them. “In Jordan we were invisible. We were not human.” But now, two months after his family arrived in Portland, he feels like a human. “I feel I am myself here. I have rights and responsibilities. Now my life has just started.”